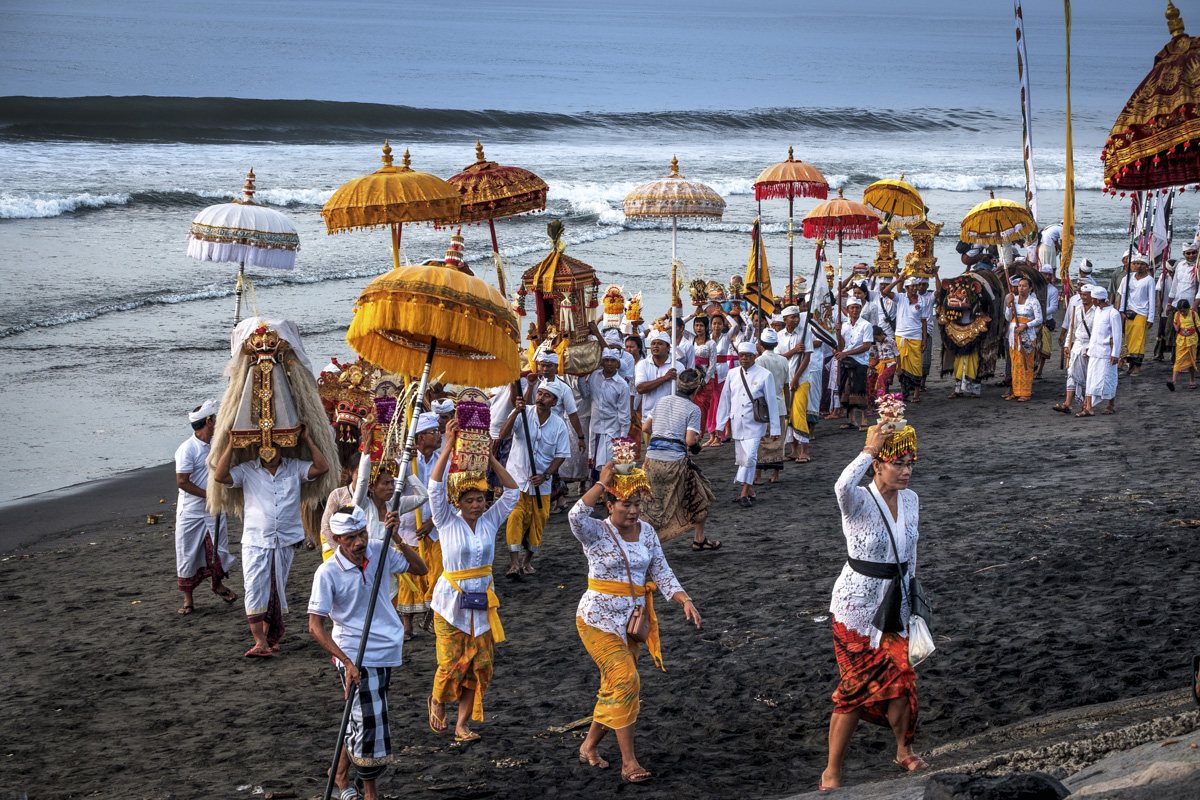 Usually around 2 days before Nyepi is the Melasti Ceremony.

During this ceremony village communities travel together from their village to closest source of holy water, to some this may be a holy spring, to others its the sea. There are hundreds of people dresses in their Balinese formal ceremony attire, walking in the procession. Some carrying umbrellas, some playing the Balinese gamelan traditional music, some carry the cask that has the villages prized articles inside. As you can imagine the ceremony causes traffic ‘ issues ‘ given that many main roads are blocked for quite a while.

The aim of Melasti Ceremony is to remove impurities, of a village.

At the beach, river, lake or holy spring the casks and items in which ancestral spirits reside are laid down. Here the priest will pray and chant his mantras, flicking holy water, his flower and ringing his prayer bell. Around him, worshippers join in prayer.

Why the beach or holy spring? Water is a cleansing element in Balinese Hindu belief, thus, at the sea, all can be purified.  Both positive and negative elements are brought here to be cleansed, as in the Balinese belief of opposing forces are equally important for balance in the world.

So during Melasti Ceremony, both people and the world around them are purified, cleansed of bad thoughts, deeds and negative influences.