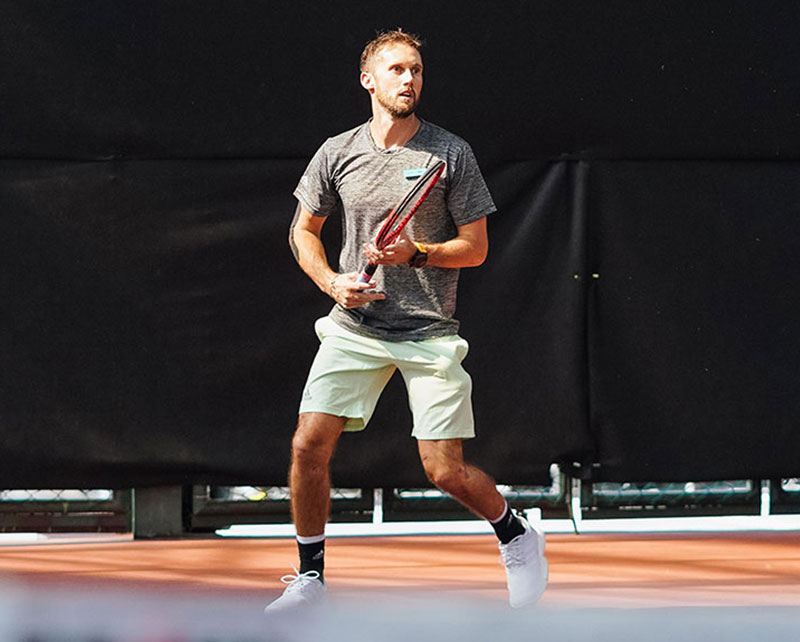 He has been Head Coach of 2 u11 performance programs,
Lead Coach of a professional squad of ATP/WTA/ITF/Grand Slam players,
Head Coach of a league and cup winning university team,
British National Coach at international events.

As a player Rhod has won National and Premier League Team Tennis titles in The U.K.

Rhod has also played rugby and cricket at semi professional level and loves to play golf.
When Wales are playing rugby it’s best not to disturb him 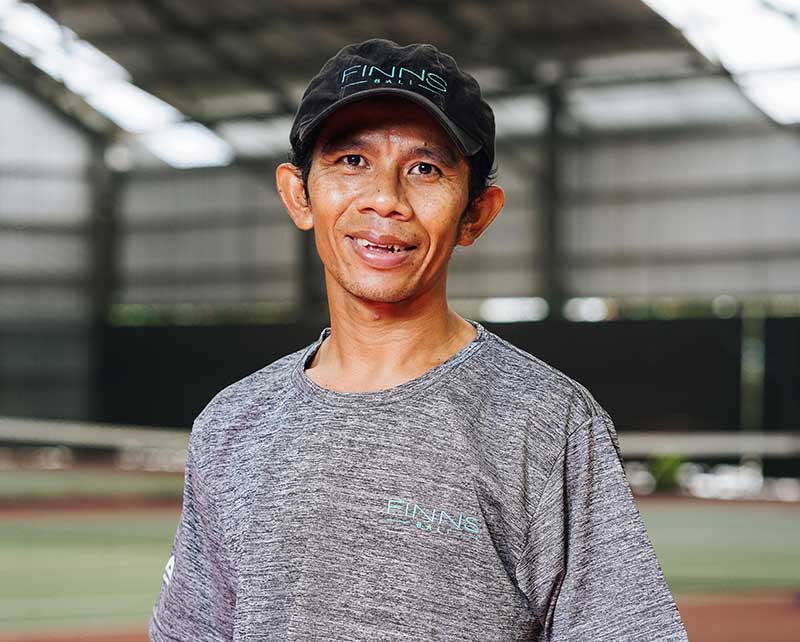 Coach Gusti is a local tennis coach who has been playing tennis since the young age of 16 and has been a loyal Finns Bali employee for over 8-years, sharing his skills with thousands of children & adults to date.

When he’s not on the court, he loves cooking & watching comedies. His heroes are his two biggest fans and supporters, his mother and wife.

Gusti’s proudest accomplishment is reaching the level of tennis coach he has to date. He loves tennis as a game that combines both skill and numerous health benefits.

His dream is to one day share a coffee and a game of tennis with Roger Federer.

Gusti is excited to meet local & travelling tennis players from all walks of life at Finns Tennis. Book a session in with Gusti, WhatsApp +62 898-3869-333 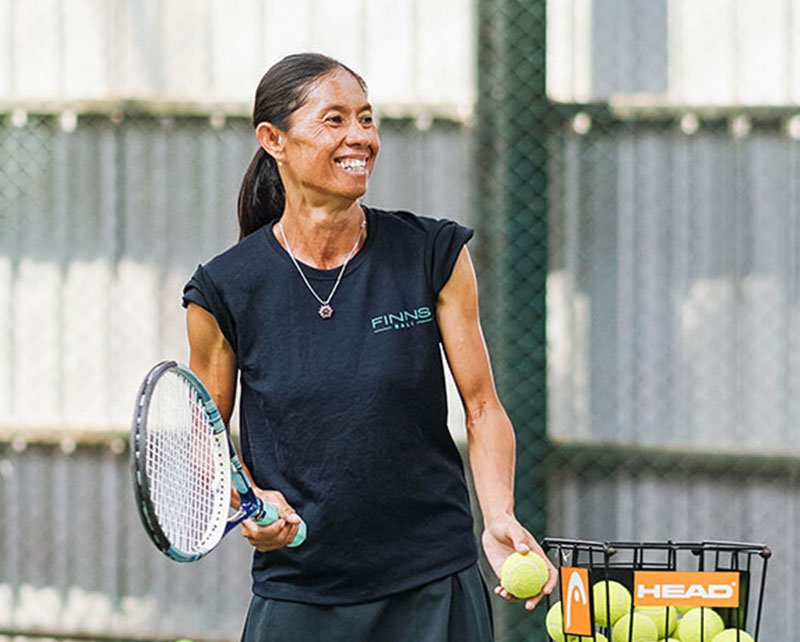 Nining Comes from Bali, has 17 years coaching experience and is an ITF qualified coach.

As a coach Nining has been tutored by some of the best ITF coaches in the world. She has previously been Head Coach of Finns Bali before moving abroad to gain valuable experience around the world.

Nining has also competed in marathons and has a passion for cooking, specialising in Asian food. 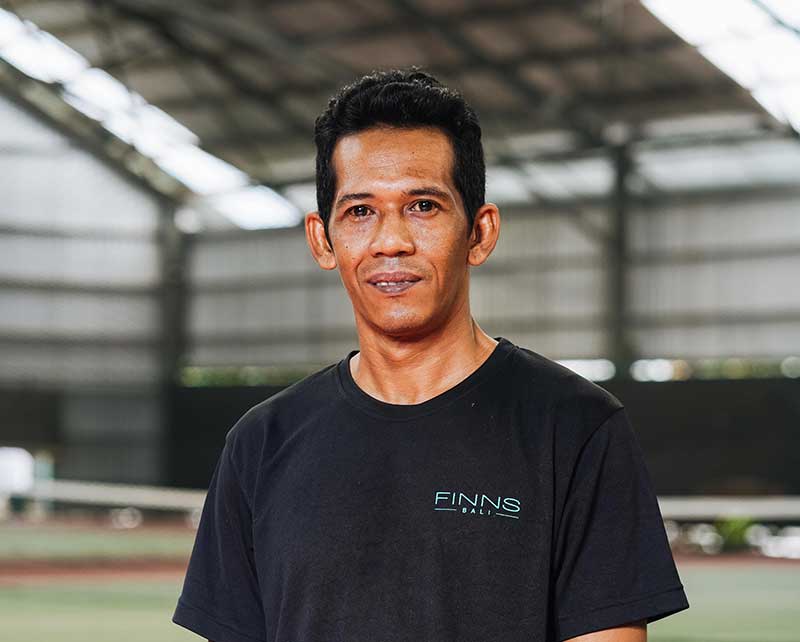 Trio comes from Bali and is an ITF qualified coach with 13 years coaching experience.

He started playing tennis at 9 years old and has been a Bali Champion in singles and doubles multiple times.

Trio has been a loyal Finns Bali employee since it’s opening 12 years ago. He has worked with thousands of children and adults, gaining a lot of experience in teaching methods and tennis knowledge along the way.

When he’s not on court Trio is a family man, he loves fishing, motocross and listening to music. 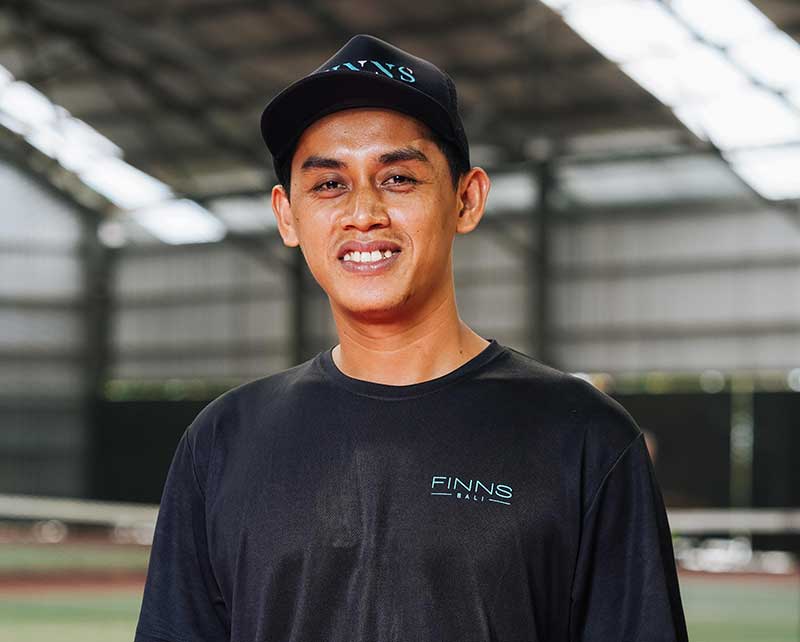 Imron is a Finns Tennis Centre Hitting Partner who has been a loyal Finns Bali employee for over 6 years, sharing his skills with thousands of children & adults to date.

When he’s not on the court, he loves reading books, travelling and watching stand up comedies.

Imron’s proudest accomplishment is receiving a scholarship through school. His favourite tradition is the Eid Celebrations which includes going back to his home town with all of his family to reconnect and celebrate forgiving each other. This tradition also happens after fasting month so the food is incredible to enjoy with loved ones.

Loves music, fire dancing and going to the gym, his heroes are his mother and his wife. Watching comedy movies always makes him laugh. He loves to play tennis because it keeps him healthy.

I Gusti Made Artayana – Hitting Partner

His nickname is Yess, he loves to clean, garden and raise livestock. His hero is I Gusti Ngurah Rai, legend is that he sacrificed his blood for the sake of his and country and the Island of Bali. His favourite tradition is “Mutual Cooperation” or teamwork.

His hero is spider man because he can jump anywhere he wants. Gathering with his family is what makes him laugh the most and not creating problems for his parents is his proudest moment. His favourite thing about tennis is movement.